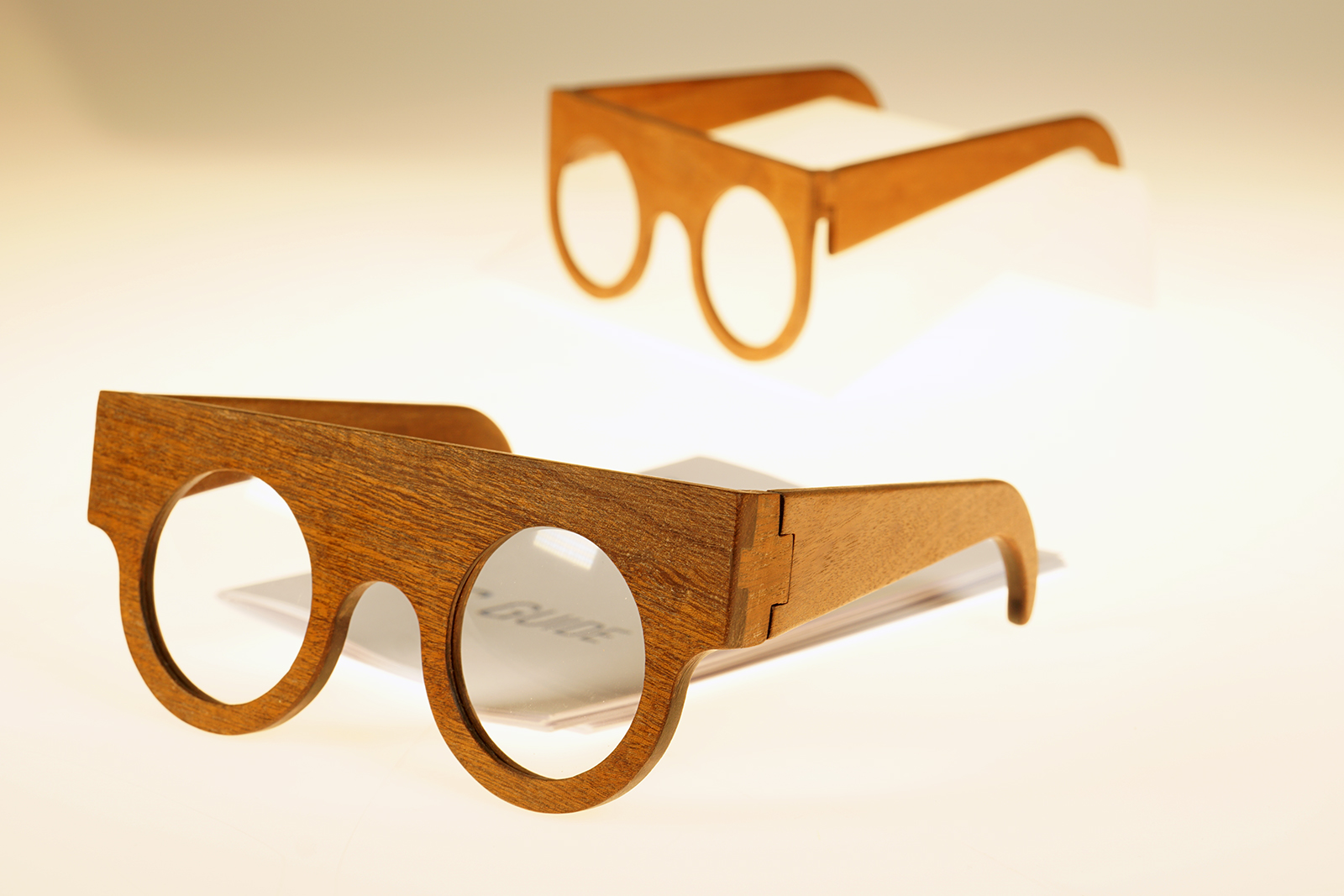 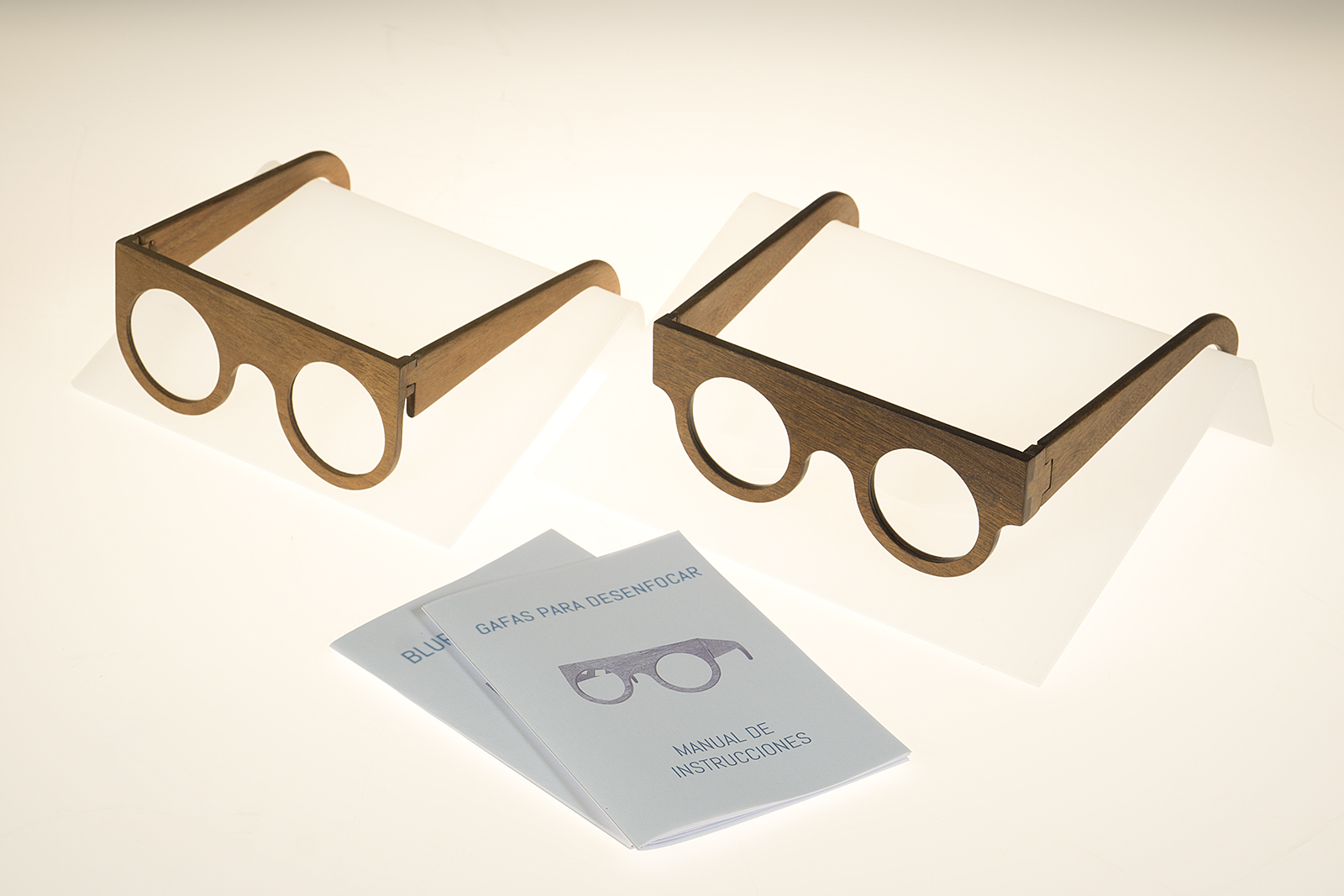 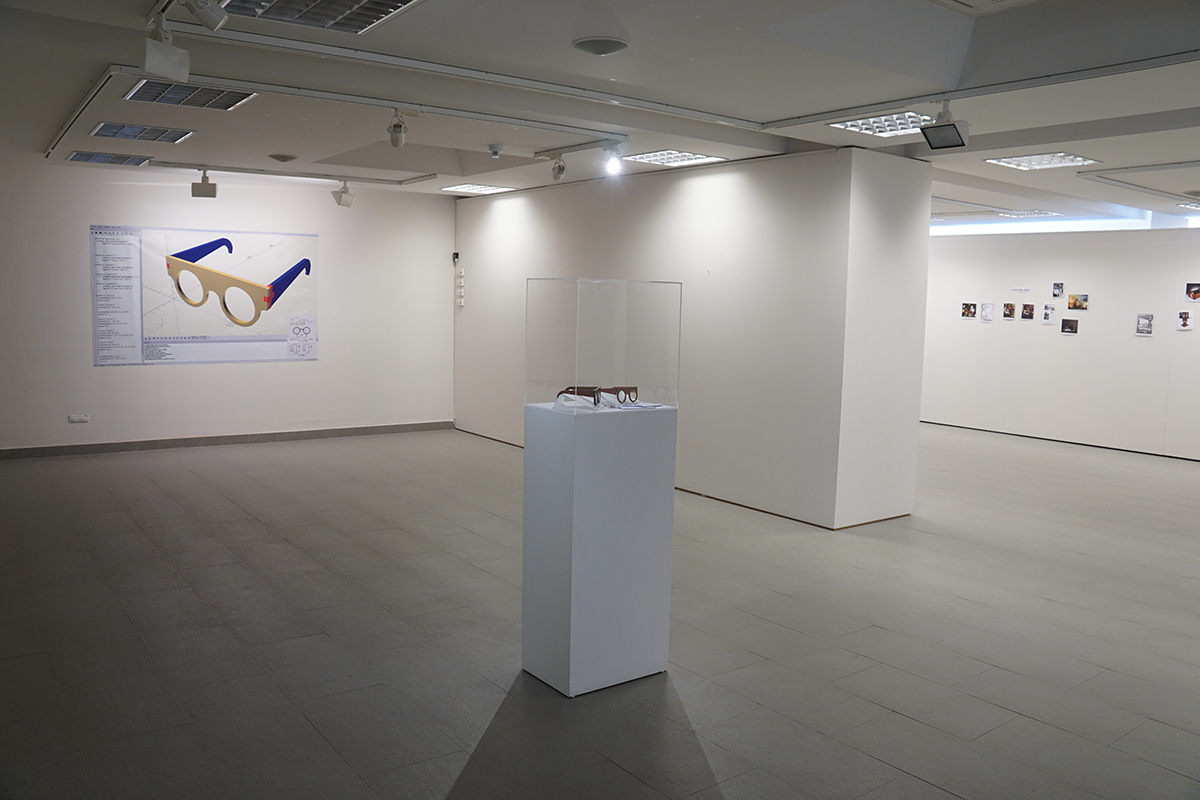 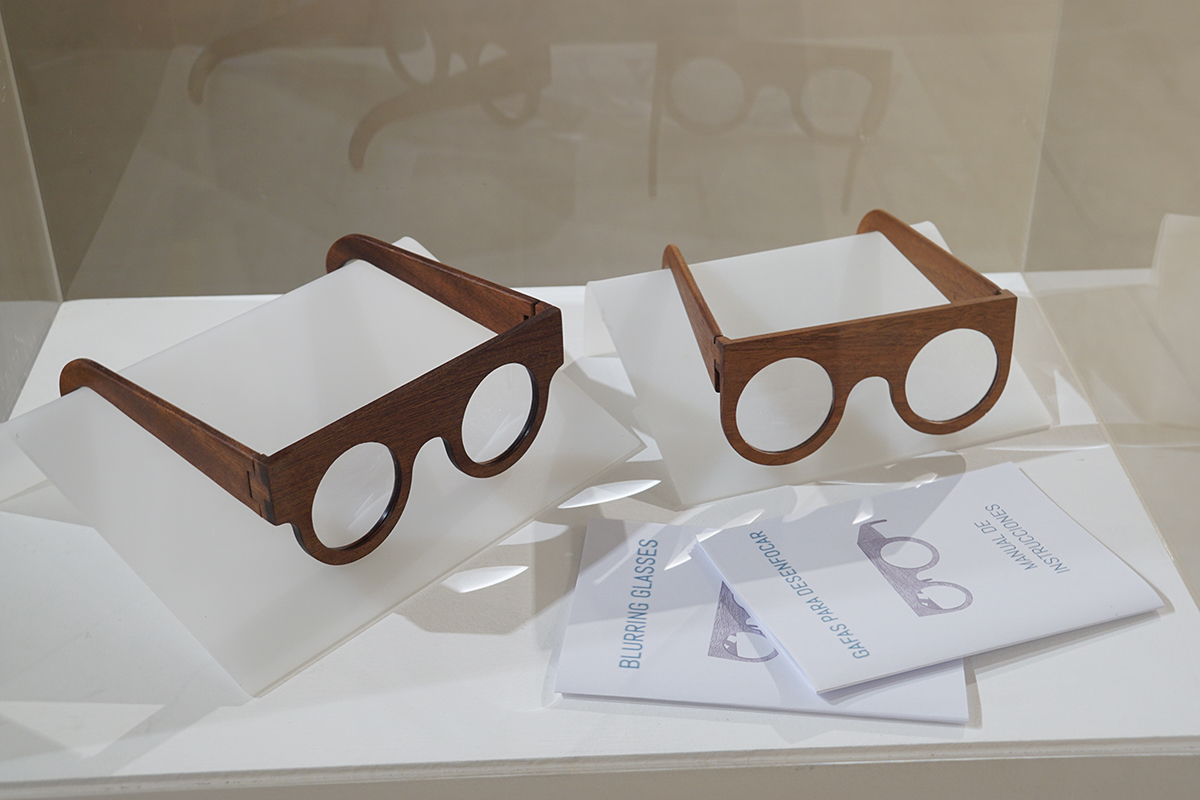 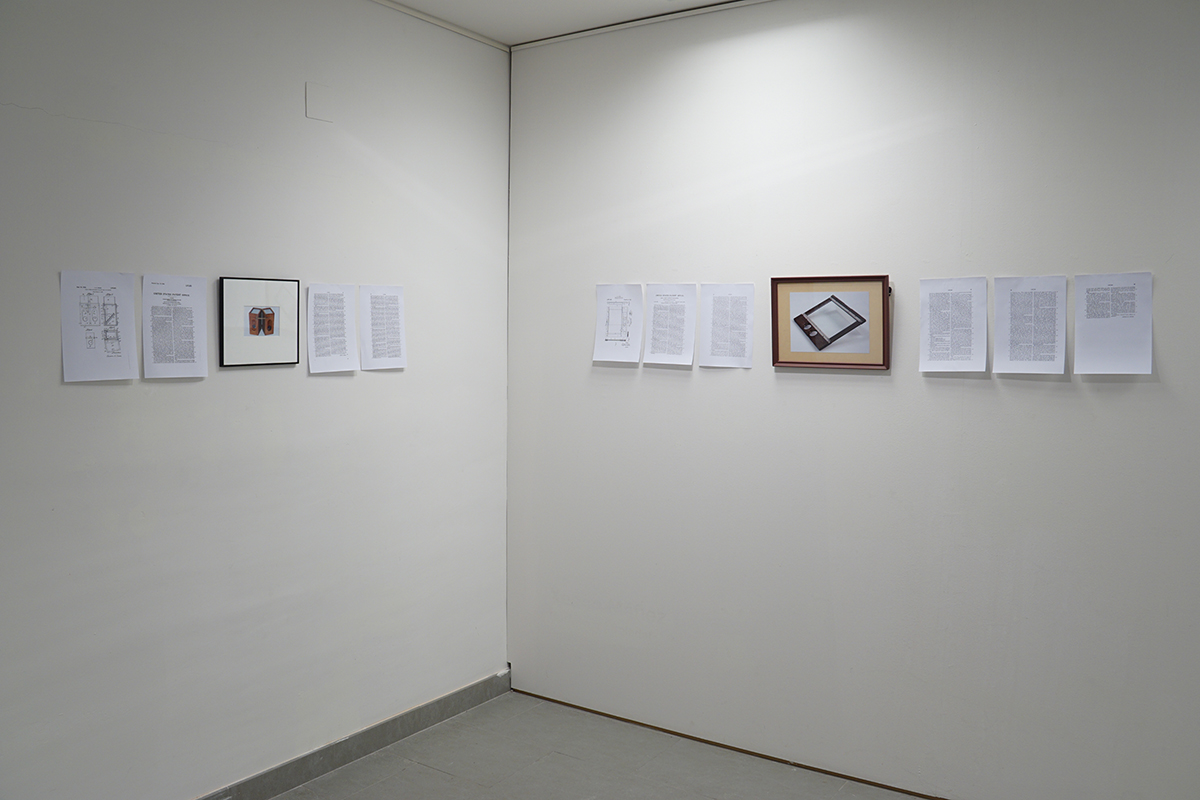 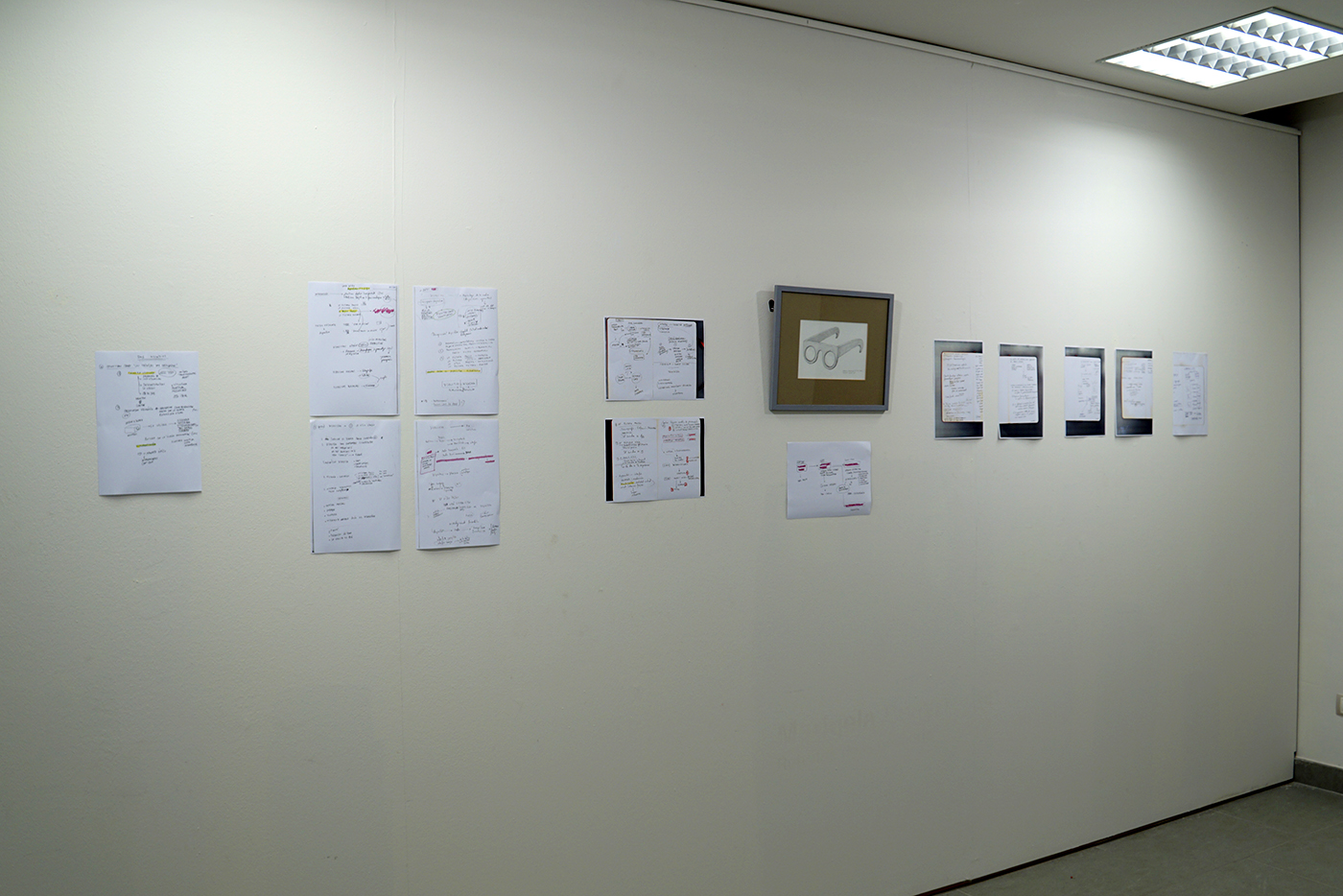 Blurring glasses (ut visio poesis) is an artwork that would be within the category of conceptual or speculative design. Through an object designed for hypothetical use, a reflection on perception is suggested to the spectator, considering it as device, as a filter, a mediatory, therefore, distorting element.

Using the same type of lenses used by A. K. Cross in his Drawing and Painting glass (US Patent No. 1.387.439, of August 9, 1921) -a shaped-frame device containing a glass and two lenses that blurs the motif transforming into coloured forms, pedagogical principle on which is based the learning of naturalist painting- a glasses have been built which, following this logic, allow to observe the world blurred, that is, in a more aesthetic way. Thus it would be a device that provides an aestheticizing vision which, in return, and perhaps not so paradoxically, produces some dizziness and disorientation in the beholder after a period, not very long, of use.

The glasses are presented in two sizes, medium and large, along with a book of instructions for use. This text includes the background, technical issues, how to use it, but it is also the means by which the ideas that the work seeks to develop in depth evidence are developed: the aesthetic vision as alienated manner of the world that reveals the scaffoldings of perception; focus and blur as resources of sense and the synthesis between beholder and device as one of the paths of art and contemporary culture.